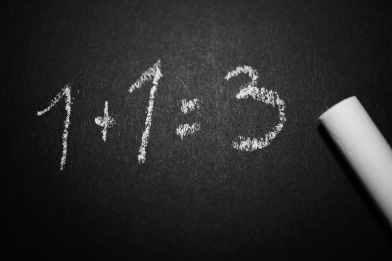 Tomorrow I have a job interview. Actually, it’s the third meeting about a huge job at an ASX100 company, which on paper is really, really good.  The thing is, I’m pretty sure I don’t want it. But I’m so conscientious that I’m going forward with the process anyway.

I’ve had two months off work and I’m currently enjoying my third holiday since I left my job (I KNOW!). I feel I’m still decompressing and working through what I want to do. Actually, that’s not true. I do have an idea about wht I want to do, but it’ll take a while to make it happen. So in the meantime, I’m keeping an ear to the ground for good contracting opportunities that’ll keep me out of trouble.

The meeting tomorrow is actually about a pretty good position. There’s a big but, though. And it’s that the main internal customer is going to be hard work. His default stance is to mis-trust people, which makes me think he’s a bit of a d*ck. That’s an assumption based on what I’ve heard from the recruiter, so there’s a chance I’m wrong. But it makes me think he’s like my old nemesis, Mr Rightside.  I’ll go into the meeting with an open mind, but I’ve got to be honest: dealing with that sort of BS again doesn’t appeal. In fact, it makes me feel a little bit sick in the stomach, and I’m a big believer in listening to your gut.

The other thing perculating in my brain right now relates to a discussion I had with a friend over coffee a few weeks ago. We were talking about the personal cost of a job and how to assess the cost/benefit impact of a role. So, assigning a dollar value to all the personal time that’s lost to holding down a big job, and the subsequent impact of what you miss out on: family time, fitness, healthy eating, seeing friends, socialising and all the other things that you do when you have a life. Once that dollar value is known, then that defines the overall package for the job. I haven’t been able to calculate that equation yet, but I’m working on it.

Whilst finishing our coffees, we agreed it’d be worth taking a significant paycut if it meant working, say, a three-day week and being able to have an actual life. But then, there’s a commercial tension with needing to create financial stability today and the future.

So, I will proceed with the meeting tomorrow with the goal of assessing how difficult this guy will be to work with. If I think I can tolerate him, then my next step will be to calculate the equation to establish how much money I’ll need to earn to make it worthwhile. If you’ve been through a similar process, I’d love to hear how you worked it out.

I’m on the socials